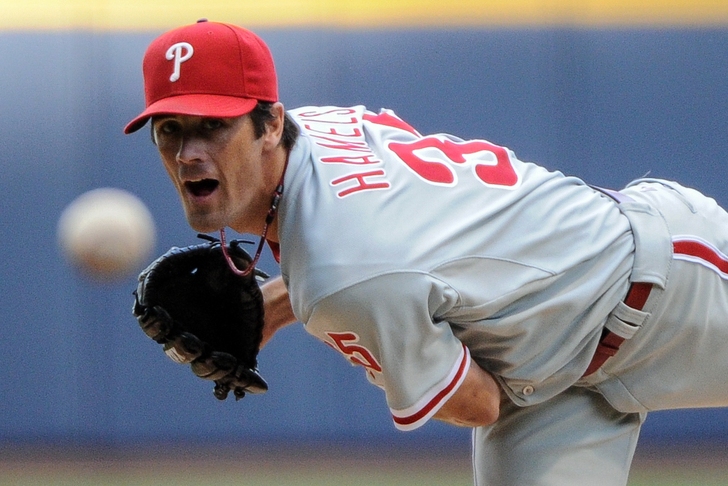 The Texas Rangers are one of four teams with a serious chance of landing Philadelphia Phillies ace Cole Hamels in a trade prior to the 2015 MLB season, CSNPhilly.com's Jim Salisbury reports.

Per Salisbury, the "primary suitors" for Hamels' services at this point are the Rangers, the Boston Red Sox, St. Louis Cardinals, and San Diego Padres.

According to a source cited by Salisbury, "Texas has maintained quiet interest in Hamels. The Rangers have some intriguing position-player prospects but will be very protective of hitters Joey Gallo and Nomar Mazara. The Rangers do have a top catching prospect in Jorge Alfaro."

The Phillies and GM Ruben Amaro are looking for a major haul in return for the four years of control (plus a 2019 option) left on Hamels' deal. However, their willingness to eat part of the remaining balance on his mega-contract could also play a factor if and when trade talks get down to brass tacks here soon.