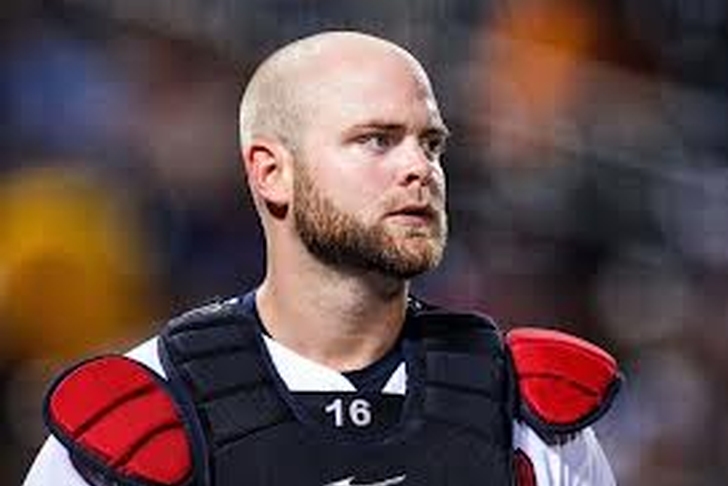 Last night the Tampa Bay Rays ended the Texas Rangers' 2013 season in extremely disappointing fashion.  David Price was phenomenal - much more effective than I expected him to be - and the Ranger bats couldn't produce the clutch hits they had in that special seven game winning streak at home.  They had a few chances, but recorded two more outs on the base paths.  As a team they finished with a whopping 113 outs on the bases - the most in the league.  You have to wonder where the team could have been if even half of those runs scored over the course of the season.

As if a 4-2 deficit going into the bottom half of the eighth inning wasn't enough, setup man Tanner Scheppers really extinguished the Rangers chances.  A errant throw to third base on a pick off attempt gifted the Rays their fifth run, and created an insurmountable Ranger deficit.

It was a tough loss all around.  Overall, I am impressed that this Rangers team won 91 games considering their difficult circumstances: losing their 18-game winner Matt Harrison 10 innings into the season, their most consistent and reliable postseason starter Colby Lewis, and having to contend with a gaping offensive void left by the departures of Josh Hamilton, Mike Napoli, and Michael Young.  I'm not sure I've ever seen this team fight as hard as they did in that seven game home stand.  That effort and unity was truly something special to watch.

That's it for my little postseason spiel.  It's time to head into the offseason, and specifically baseball's annual Winter Meetings.  The Rangers will definitely be a major player once again this winter.  They are looking to improve in a few different areas.  I'll breakdown these areas and who I would like to see making their 2014 Texas Rangers debut.

This is THE single most important positional need for the Rangers heading into the meetings.  Both AJ Pierzynski and backup catcher Geovanny Soto are free agents.  Last year they combined to earn a shade over $10M.  For that money, they both turned out to be tremendous a value.  Pierzynski was brought in as one of the pieces intended to replace the offensive loss of Hamilton, Napoli and Young.  For $7.5M he certainly contributed his fair share in the effort.  He finished the year hitting .272 with 17 home runs and 70 RBI.  While is on base percentage was a little low for a guy hitting .272, he also did an excellent job working with the pitching staff.  He deserves some of the credit for Derek Holland's best career season, and Martin Perez' stellar rookie campaign.  He is a leader in the clubhouse, has become a fan favorite and has indicated that he would like to stay with the Rangers beyond this year.

Geovanny Soto provided some huge hits and pop from August onward, particularly in that seven game undefeated home stand at the end.  He was Yu Darvish's personal catcher for most of the year and Darvish had undoubtedly the best season of his young career.  Soto jumped his average almost 40 points from last year, and became known as somewhat of a reliable clutch hitter when he was called upon.  For $2.75M, I believe he was totally worth the investment.  With Pierzynski and Soto, the Rangers actually had one of the more productive catching duos in the league. Unfortunately one of these guys won't be back, and it's likely Pierzynksi.  I can see the team resigning Soto for pretty cheap - 2yr/$4-$5M maybe - his bat was impressive down the stretch, he's the embodiment of a team player and this club needs a serviceable backup catcher.

The Rangers need a franchise, cornerstone type backstop and McCann certainly fits that mold.  At 29, he is several years younger than Pierzynski and has significantly less mileage on his knees and legs.  He has hit 20 homers or more in six consecutive seasons, including this season, one in which he only had 356 at bats.  He has a career on base percentage of .350, compared to Pierzynski's career .322 OBP.  Over his career, McCann has a solid walk rate of 10.7% and a very respectable strikeout rate of 16.3%, very similar to Pierzynki's career numbers in those categories. He is also an above average defensive catcher, having only allowed 51 passed balls in eight years.  He isn't great at holding runners, especially since dealing with some recurring shoulder issues over the past couple of years.  He's slightly less durable than Pierzynski, who was a horse by catcher standards, but I think his bat makes up for that minor shortcoming.

McCann's numbers would inflate a bit by playing in Rangers Ballpark in Arlington.  By himself he would more than replace Pierzynski's loss and more.  In a healthy year, I can easily see him being a 30 and 80+ hitter with an average in the .280's.  The shoulder issue could be the only thing preventing him from getting $100M, but that shouldn't shy Texas away from him.  They need offense badly and specifically they need power.  The Rangers have been targeting him for a few years now, and I think they finally bag him this winter.  I expect the Rangers to offer a deal somewhere in the vicinity of 5-7 yr/$80M-$95M

General, somewhat off topic thought: I'm going to go ahead and assume that RF Nelson Cruz, after six years with the Rangers, is a goner.  A lot of this has to do with his 50-game PED suspension that DEVASTATED the Rangers' contention hopes.  The club traded for Alex Rios to fill his void and he was very effective in doing so.  Much also has to do with the fact that he is quickly aging - he's now 33 and isn't getting any quicker in right field.  He, and the rest of the league knows how valuable he was to the Rangers offense and clubhouse, and so that will definitely jack up his price in the free agent market - a price that Jon Daniels will likely be uncomfortable with paying.  So sadly, for all intents and purposes, let's just assume Nellie will not be back next year.  The Rangers must, then, find a power bat to replace him for the long haul. Rios by himself isn't enough.

What do the Rangers do? Here's my solution:

He turned 30 in June, but is still a powerful bat that can be highly productive in the right ballpark, which Safeco Field was clearly not.  Last year he posted the second best season of his career.  He hit .277 with 23 HR and 80 RBI.  He strikes out at a good rate (18%) but he also gets on base at decent rate (.336OBP).  I think Morales would become the full time DH with the Rangers and would slide right in behind McCann, batting sixth.

With 602 at bats in 156 games, Morales had an injury free 2013 season, and is generally pretty durable (with the exception of his broken leg home plate celebration a couple years ago). If need be he can also play first base, where he has played over half of his career.  Texas should be able to outbid the Mariners for Morales, and I think they get him at a relatively fair price.   I think the Rangers pry him from Seattle with a deal of something like 2-4yrs/$18M-$32M.

If this club can add McCann and Morales, here is what the 2014 offense figures to look like:

That projected lineup is ALREADY better than this year's lineup.  A very nice mix of right and left-handed hitters and a wealth of power in the 3-7 spots.  Even more potent if Ron Washington decides to move Kinsler to second and have Elvis lead off.  A ton of versatility exists in this set up as well.  Beltre can hit 3-5, McCann 3-6, Rios 3-5, etc.  McCann can also DH if need be.

In a couple of days, I'll take a look at some of the Rangers' pitching targets this winter.