Rangers to trade Alex Rios back to the Blue Jays? 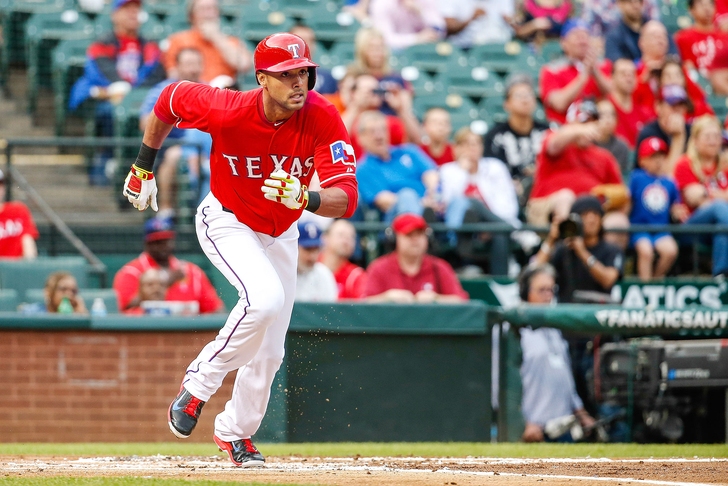 In this Rangers trade rumors and news bulletin, the Toronto Blue Jays have expressed interest in their former outfielder and current Rangers star Alex Rios.

According to CBS Sports' Jon Heyman, "Rios is one of the best hitters in a thin market for middle-of-the-lineup batters, so it shouldn't come as a surprise Toronto, with three key injuries hurting them now, would check in. Yet, it is a bit ironic since the Blue Jays were thrilled in 2009 when the White Sox shocked folks and claimed the outfielder off waivers, taking a $69.835-million contract many believed was untradeable at the time."

Rios' .304 average in 2014 has changed the Blue Jays' perspective. While his production numbers are down (four home runs, 42 RBIs), the 33-year-old's complete skill set is making him a coveted asset before the July 31st non-waiver trade deadline.

"I'd recommend Rios," one AL scout stated, via Heyman's article on Tuesday. 'You're not going to get much power, but he hits, he runs and he throws."

The Kansas City Royals and Seattle Mariners also reportedly have interest in Rios with the San Francisco Giants lurking as potential trade partners as well.