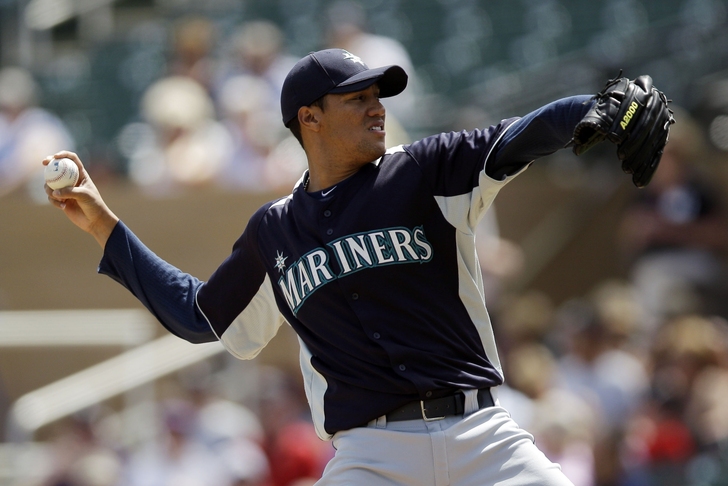 In Rangers news today, the Texas Rangers made a move to bolster their pitching staff on Saturday, facilitating a trade with one of their division rivals in the A.L. West.

So says Charlie Wilmoth of MLBTradeRumors.com -- "The Rangers have announced that they have acquired pitcher Hector Noesi from the Mariners for a player to be named later or cash."

The 27-year-old Dominican Republic native has spent the last three years with the Seattle Mariners, appearing in 36 games with the Major League club (19 starts).

The newest Texas Rangers is best known for his dismal 2012 season where he went 2-12 with the Mariners with an ERA approaching six (5.82).

He has given up three earned runs in just one inning pitched this season, posting a current ERA of 27.00. The Texas Rangers will most likely take a look at Noesi in a spot relief role, and may attempt to work on his mechanics so that he can start on occasions as well.