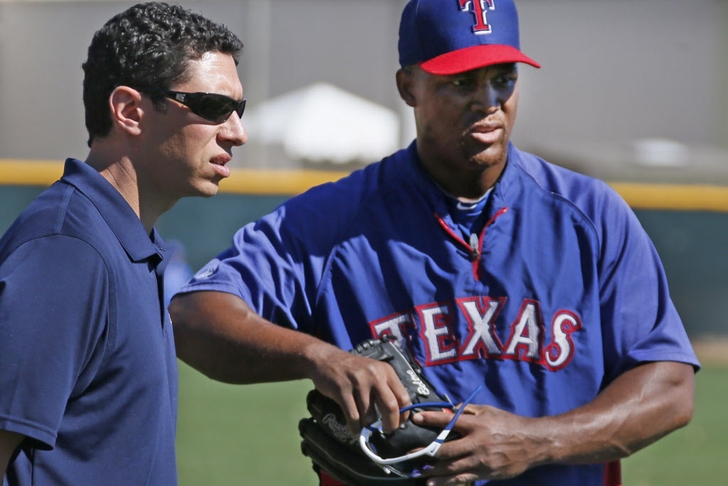 Starting Friday, the Texas Rangers play host to the Cleveland Indians for a four-game set between two .500 ball clubs still in the American League playoff mix.

The Indians have seemingly turned their season around, winning six straight to move within 1.5 games of the Angels and Mariners for a wild card spot.

Texas is also 1.5 games back in that same race, salvaging Thursday's home finale against the Baltimore Orioles, 8-6, for the team's first win over the O's in eight tries.

Despite striking out an MLB-leading 346 batters, the Cleveland Indians' starting rotation has been feast or famine this year - tied for 27th in the Majors with a 4.50 ERA.

The injury parade that has been the 2014 Texas Rangers season continued on Wednesday, with reliever Alexi Ogando the latest Rangers player to land on the disabled list.

Per MLB.com, after the Rangers' 8-2 loss to the Orioles on Tuesday, Ogando complained of inflammation in his right elbow. An MRI on Wednesday showed wear and tear that will require him to be shut down for approximately three weeks.

Luckily, surgery will not be necessary.

If the Cleveland Indians can find a way to win on the road this summer, they could have an inside track to a playoff berth this October.

With the Tribe in the top-ten in the Majors for runs scored (7th), batting average (10th), and on-base percentage (5th), it may be up to the Indians' potent lineup to help the team slug its way out of its road funk.

On Sunday, Joe Saunders (0-1, 3.68) makes just his second start since suffering a stress fracture in his right ankle during his opening outing of 2014.

He will oppose Indians ace Justin Masterson (3-4, 4.72), who looks to continue to build off of his brilliant performance (seven innings of three-hit ball with ten Ks) against the Red Sox on Monday.

What they are saying about the Rangers:

Elvis Andrus' day off was a manager's call (ESPN)

What they are saying about the Indians: