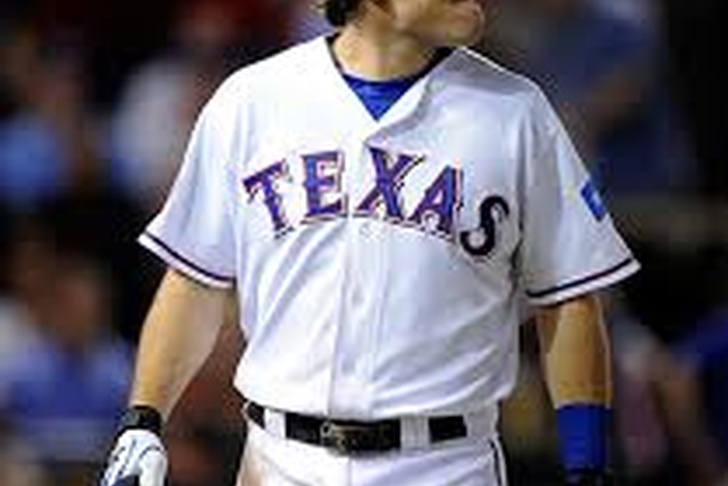 Normally when a major league baseball team finishes the month of August with a 20-7 record, the players and fans of that team are pretty pleased.  After all, it's a .740 winning percentage in the thick of the "dog days" of summer.  98% of the teams in baseball would be thrilled with that record at month's end, ready and eager to jump into September's homestretch.

Not when you are a team in the absolute dogfight that is the AL West pennant race.  Not if you are the Texas Rangers.

If you examine the Ranger's schedule this year, you'll find that in terms of wins and losses, August was their single best month of the season.  But make no mistake about it - in their 27 August contests, this team did not perform when it counted the most.  In a stretch where 17 out of 27 games were against the Astros, White Sox, Twins, Angels and Brewers, the Rangers posted a 13-4 record.  At first glance, that isn't a terrible result.  After all, it's baseball and anything can happen.

However, losing two out of three in Chicago to the White Sox, coupled with losing two of three to the Twins at home (the final game was actually on Sep. 1) were far bigger blunders than one might think.

Now let's not forget to give Oakland some due credit here.  It's well deserved and they had to win the games on their schedule to come to a tie with Texas.  They just wrapped up a stretch of 13 consecutive games against playoff caliber teams (BAL, DET, TEX and TB)  They finished with a 9-4 record and just won two out of three at home against the Rangers. Their overall record for August was just 14-13, but unlike the Rangers they took care of business when it mattered most.  They took full advantage of the Rangers' bad losses, and their reward is being tied with Texas atop the AL west division race.

To drive home the point, here's a quick comparison of the two teams' month of August:

The Rangers played a cupcake August schedule compared to the A's, and yet they still only managed to plate 35 more runs.  That's a number that is definitely concerning now that A's will head into a much easier September slate.

Regardless, losing four out of six to two of baseball's worst teams in unacceptable.  Especially when both Yu Darvish and Matt Garza each made two starts over those two series.  Against Minnesota, the Rangers were locked down all series.  They collected just six runs on 22 hits over three games against three Twins pitchers who's combined ERA was 4.72 and combined opponents batting average was .292.

It's true that this Rangers offense has been inconsistent all season, but raise your hand if you thought Liam Hendriks, Mike Pelfrey and Kevin Correia would all magically turn into AL Cy Young contenders in three starts in Arlington....

I can't imagine many hands are raised at this moment.

Now Texas and Oakland will virtually trade places, with the Rangers having to navigate through the tougher September while the A's will play 11 games against the Astros and Twins.  This position would be a little more comfortable for the Rangers if they had even gone just 4-2 and not 2-4 in that stretch against AL Central bottom feeders. Perhaps they might be nursing a two game division lead rather than being tied.

The drama is far from over.  September figures to be one of the most exciting pennant races ever all across baseball, but especially between these two teams.  Keep an eye out for the final three-game series between the Rangers and A's, starting Sep. 13 in Arlington.

Good news for Ranger fans - Texas still holds the first tiebreaker over Oakland, courtesy of being ahead in the current season series nine games to seven.  The Rangers just need to win one out of three at home against the A's (although that isn't nearly satisfactory) to clinch the season series.  Then, should the two teams' records be tied after 162 games, the Rangers would claim the AL West title, while Oakland would most likely win one of the two wild cards.

All in all, and as I emphatically stated in my last Rangers piece, starting pitching and the bullpen will have to carry this team into the postseason.  The bats have been hot and cold, and seem to turn into dry ice at the worst possible times.  This is not the offense of 2010 and '11, and is certainly not one to place absolute faith in during a must-win game.  The arms will have to win it for Texas.