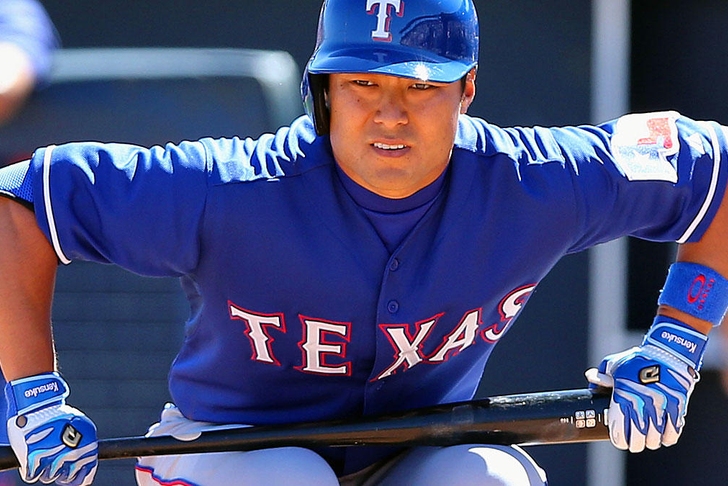 The Texas Rangers have been competing for a playoff berth all season, but are still looking for that missing piece at the trade deadline to help them make the postseason. Here are three rumors you need to know:

The Rangers have a plethora of left-handed batters, and they're hoping to get rid of one of those bats to fill another need. Texas would live to move Choo, though they'd need to get creative to make that happen.

Choo is still dominant against right-handed pitching (.854 OPS in 207 plate appearances) but awful against lefties (.481 OPS in 120 PAs).

However, the biggest roadblock is his contract. He's still owed $102 million over the next five years, and has a limited no-trade clause. The Rangers will still try to move him, but they have some hoops to jump through to make that happen.

Texas has agreed to a deal with Cuban infielder Andy Ibanez, according to Jeff Wilson of the Forth Worth Star-Telegram. I

banez has been available for some time, but was somewhat surprisingly slow to sign. Generally credited as a solid all-around player who lacks any outstanding tools, he put up back-to-back .800+ OPS years in the last two seasons in Serie Nacional.

The outfielder was selected 15th in the 2010 amateur draft and had been playing at Double-A Frisco before being dealt.