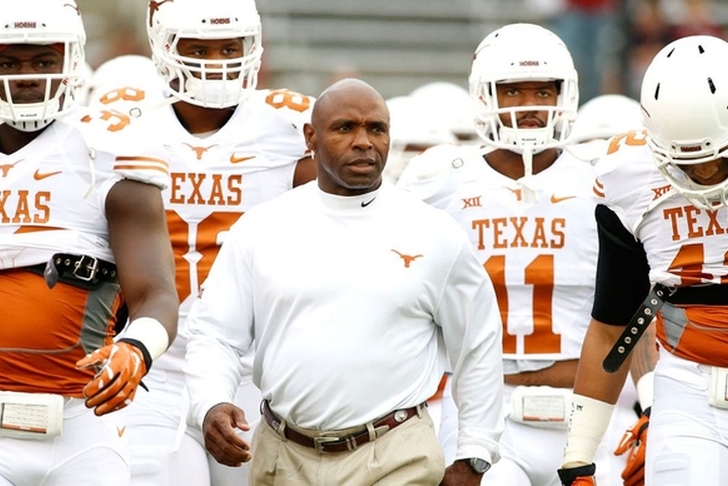 For the first time in eight years, the Texas Longhorns won't be playing on Thanksgiving Day. The Big 12 announced Friday that the Longhorns' game against the TCU Horned Frogs has been moved from Thursday to Friday, November 25th.

Texas had previously played Texas A&M on Thanksgiving Day, but that changed when the Aggies left to join the SEC. When that happened, the Big 12 put TCU and Texas Tech on a rotating schedule.

The move comes at the request of Fox Sports and ESPN. For more on this story, download the Chat Sports Android and iPhone app.

From 1994 to 2007, Texas had played on the Friday following Thanksgiving. A kickoff time and network has yet to be announced.