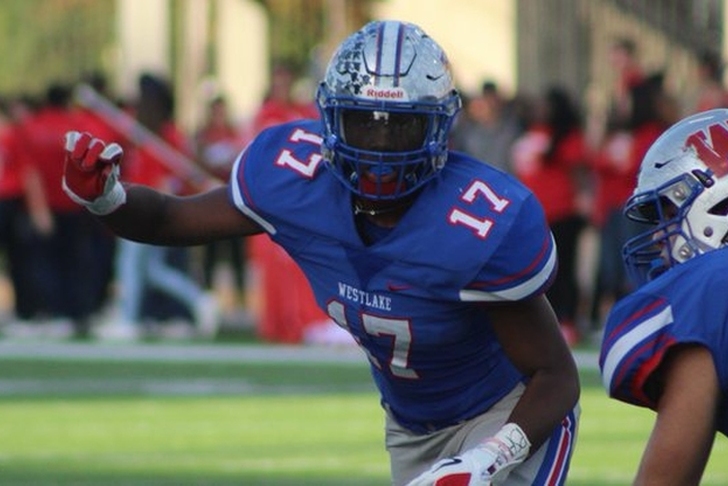 The Texas Longhorns have been heavily pursuing four-star linebacker Levi Jones (Austin, TX) for a few months, making an offer to him in January, and that has made a big impression on him.

“They’re recruiting me hard and want me to visit soon,” Jones said, via 247sports. “I feel like Texas has always been a top program in my eyes, and now they are back on the rise. I grew up here, and I have a lot of respect for the program. Sam (Ehlinger) has also been recruiting me. He’s just telling that Texas is the place to be. He really wants us to play together in college but knows I have to make the best decision for me.”

However, Texas is far from the only school heavily pursuing Jones. He has recently received offers from LSU and Oklahoma, among others, so he plans to keep his options open since he's early in the recruiting process.

“It means a lot to me because I’ve been working so hard,” Jones said. “All my hard work is really starting to pay off. It’s definitely been exciting not stressful. I’m so grateful that these schools have given me a shot.

"I’m just letting it all come to me. I’m just weighing all of my options right now. I’m going to start making some visits soon and then I’ll go from there.”