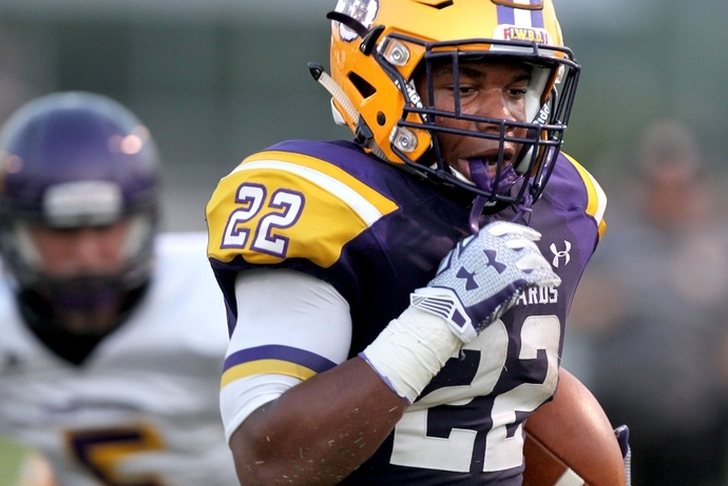 The Texas Longhorns don't take the field for the start of the college football season for several months, giving the coaching staff plenty of time to focus on recruiting. The Longhorns already have seven players committed, but they aren't close to being done yet. Here are the latest Texas football recruiting news and rumors.

Longhorns Have A Chance With J.K. Dobbins?
Four-star RB and Top 50 recruit is from Texas, but he's already committed to Ohio State. Despite that, he said he hasn't totally closed the door on Texas, if they start winning.

"It helps very much because nobody wants to go to a losing program," Dobbins told 247Sports. "I want to win some rings. I want to get some national championships and if I can see that, then I’ll be able to see they’re turning it around. It’ll play a big role."

However, Dobbins wants to play early wherever he goes. That could be a problem at Texas, where D'Onta Foreman and Chris Warren are talented, young runners. There's also Kirk Johnson, Dobbins' cousin.

"They’ve got a lot of running backs there already that are doing some great things," Dobbins said. "I want to go in and play early. I think that’s anybody that wants to go somewhere big. I don’t know if I’ll get the opportunity to do that with those guys there."

Texas has a chance with Dobbins, although they aren't close to being the favorites at the moment.

Texas Target Changes Commitment Date
Four-star DE Taquon Graham was going to make his college decision on Friday. That is no longer the case.

Graham is the No. 169 player in the country, and the No. 12 weak-side DE. The Longhorns are the favorite to land Graham.

Three-Star CB Wants Texas Offer
Josh Robinson is a three-start CB on the rise. He's picked up offers from schools like TCU and Houston lately, but wants one from Texas.

"It would really just be a blessing to know that somebody at that level thinks I can play," Thompson told 247Sports. "They would be around the top of my list."

Follow our Texas Longhorns page for all the latest Texas football recruiting news!