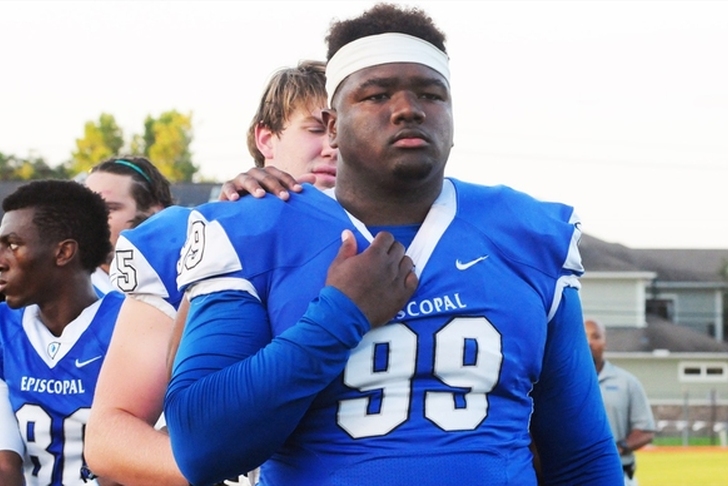 The Texas Longhorns' season ended with a 5-7 record, and quickly hired a new coach in Tom Herman. Texas had been unable to build as strong of a recruiting class as they would've liked due to the uncertainty of Charlie Strong's job status, but now that Herman has the reins, the Longhorns are trying to make major waves on the recruiting trail. Here is all the latest Texas recruiting news and rumors you need to know:

Longhorns still in mix for Marvin Wilson
Five-star defensive tackle Marvin Wilson (Bellaire, TX) is one of the most sought-after players in this class, and is considering several schools, including Florida State, LSU and Ohio State along with the Longhorns. Wilson admitted that Texas is "on the backburner" right now after Strong's firing, but Herman could put them right back in the mix.

“They aren’t completely out of it yet,” Wilson said. “They are kind of on the backburner, but you never know. They could make that final push. They’ve always been one of my dream schools. I don’t want to count them out just yet.

“I was so attached to the last staff. I’m really not familiar with this staff like that because UH wasn’t really in my recruitment. I just have to get to know the new coaches. I liked the Herman hire. He’s a guy that knows how to win football games right off the bat.”

The 6-foot-4, 330-pounder is ranked as the top defensive tackle and No. 3 overall prospect in the country.

4-star DE solid on commitment
Four-star defensive end Taquon Graham (Temple, TX) committed to Texas in September, but says he is still solid on that commitment despite the change in coaching staff.

“I would say 100 percent for right now,” Graham said. “My family has me solid. I’m very excited (about Tom Herman) just seeing what he’s done at Houston — the way they ran their defense and how explosive their offense was.

“Coach (Oscar) Giles came in with a lot of energy and told me how he wanted to use me. He explained to me what was going on. I respected him coming to see me first. He was trying to show that I’m one of the top priorities.”

Longhorns offer Houston RB commit
Herman is hoping to bring one of his prized recruits from Houston with him to Texas, offering a scholarship to three-star running back Daniel Young (Houston, TX), who is currently a Houston commit. He picked the Cougars of offers from Boise State, Minnesota and Nebraska.

Young is ranked as the No. 59 running back and No. 916 overall prospect in the country.

Follow our Texas Longhorns news page for all the latest Texas recruiting news!