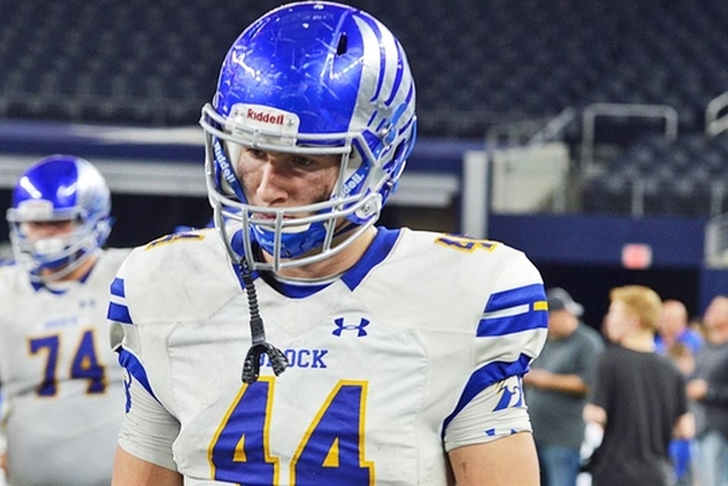 The Texas Longhorns have placed an emphasis on landing a couple of tight ends in the 2019 recruiting class, and three-star Baylor Cupp (Weatherford, TX) appears to be right at the top of their list.

Cupp was one of several prospects that visited Austin this weekend and the visit really helped Texas' chances, according to E.J. Holland of Horns247.

The most important target out the bunch might be Cupp and he’s certainly the most complete tight of the trio. While he is a small school prospect, Cupp isn’t all that raw and excels as both a blocker and a pass catcher.

Most have Cupp pegged to Texas A&M, but he doesn’t speak to the media, so much of that is speculation. From talking to sources, Texas made a big impact on Cupp during his latest visit and is firmly in the mix for his services.

Cupp has already received offers from a number of top programs, including Alabama, Florida, LSU, Notre Dame, and USC, but Texas and Texas A&M appear to be his two favorites at this time.

Stick with us in the Chat Sports app or follow Texas Longhorns on Facebook to be the 1st to know every breaking story and all the rumors on the Texas Longhorns!