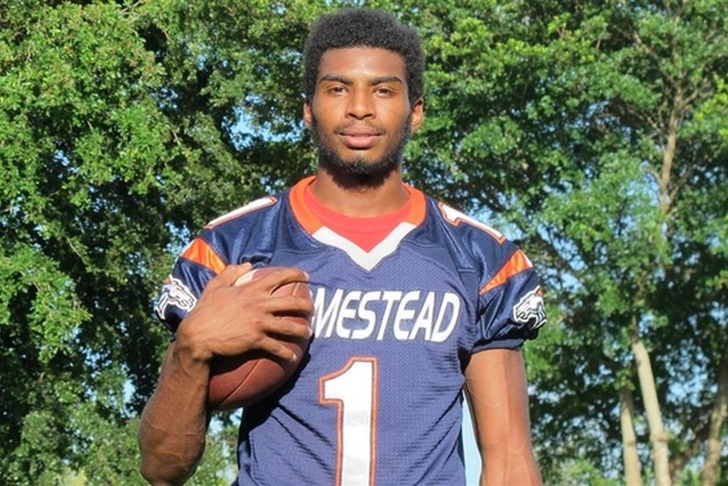 Texas Longhorns football head coach Charlie Strong announced on Thursday that 2015 wide receiver signee Gilbert Johnson will not enroll at the University of Texas this year.

This marks the second time that Johnson has signed on with a Division I program without enrolling. Following his high school career, Johnson signed on with Georgia but was unable to enroll due to grade issues. He made the move to Georgia Prep Academy last year, but once again couldn't hit the grade baseline to make the move to Texas.

Johnson, listed as the #2 JUCO wide receiver in the Class of 2015 by 247Sports, was a member of the much-hyped "Florida Five" of Texas' last recruiting cycle. However, out of the group of Tim Irvin, Devonaire Clarington, Davante Davis, Cecil Cherry and Johnson, only Cherry and Davis are currently on campus.