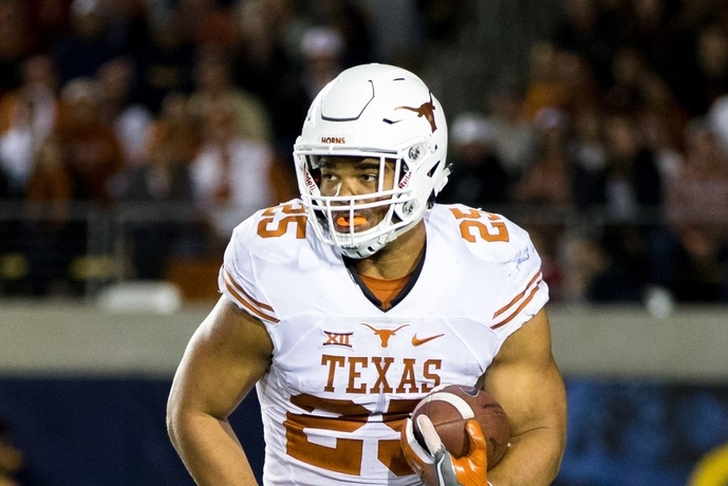 The Texas Longhorns held their first scrimmage of spring practice on Saturday, and it didn't end without a few casualties. Running back Chris Warren was among three players who suffered injuries in the scrimmage, according to Jeff Howe of 247sports.

Junior running back Chris Warren (hamstring), sophomore offensive lineman Zach Shackelford (ankle) and sophomore running back Tristian Houston will continue to be evaluated by the training staff. There’s currently no timetable set for their return.

Warren is coming off of a sophomore season where missed eight full games and half of a ninth due to a knee injury. The former U.S. Army All-American who ran for 366 yards and three touchdowns on 62 carries last season also dealt with a hamstring issue during preseason practice prior to the start of the 2016 season.

With Warren and Houston, who registered three carries for three yards as a redshirt freshman last season, out of the mix the bulk of the running back duties will fall on the shoulders of sophomore Kyle Porter. Sophomore Kirk Johnson and true freshman early enrollee Toneil Carter were held out of Saturday's scrimmage (neither was listed on the injury report) and there's no word on if either is dealing with an injury issue of significance.

Warren is still projected to be Texas' lead running back when the season starts in fall, but this does give younger players the opportunity to prove themselves.

As for Shackelford, it's not clear if the ankle he hurt in the scrimmage is the same ankle that caused him to miss three games last season.

Texas resumes practice on Tuesday, and will have their Orange-White Spring Football Game on Saturday, April 15.

Follow our Texas Longhorns news page for all the latest Texas football news!