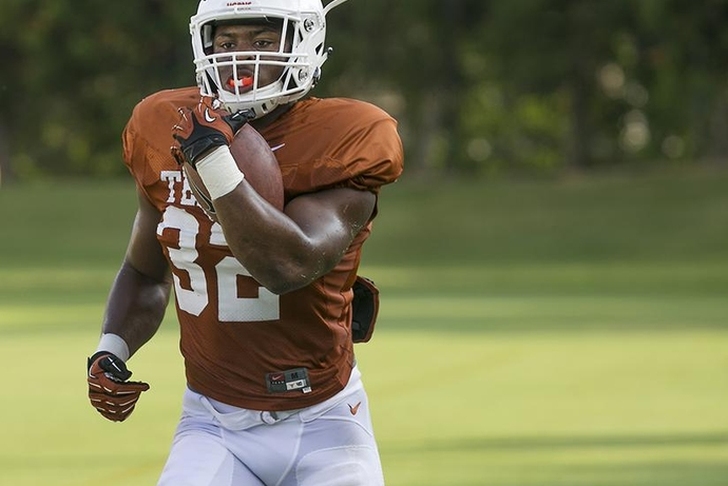 The Texas Longhorns are entering the first season of the Tom Herman era with expectations of returning to the postseason after a one-year absence and three straight losing seasons. The pressure around the program never dissipates, but with high expectations under Herman and a talented roster full of breakout candidates, this fall camp is extremely important for the Longhorns. Here are all the latest news and rumors you need to know:

Though Warren projects to be the starter, running backs coach Stan Drayton has maintained that there isn't a "bell cow" back currently on the roster, which suggests Texas will go more with the running-back-by-committee approach.

Problems along the offensive line?
Herman has placed a major emphasis on offensive line play and finding depth at those positions so far in camp, but the unit was dealt a significant blow thanks to the loss of Elijah Rodriguez to a high ankle sprain.

It remains to be seen when he will return to the field (recovery timeline is typically six or seven weeks), but Herman is almost desperate to have him back for the regular season opener against Maryland, according to Bobby Burton of 247sports.

Rodriguez had worked his way into a starter's role at right tackle early in camp. That position is the one the Horns' coaching staff is having the toughest time filling.

I'm told that Texas does not want to enter the 2017 campaign with Tristan Nickelson as a starter at the position. He severely limits what Texas can do on offense, not only in the passing game but also in the run game.

Buechele will be the man under center for the Longhorns and is the biggest reason why Herman feels Texas can accomplish their goals. He will be one of the biggest leaders on the team.

Check out our Texas Longhorns team page for all the latest on Texas Football or download the Chat Sports App!