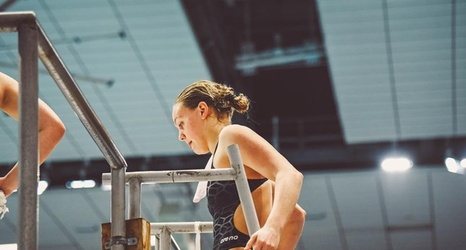 AUSTIN, Texas - The Big 12 Conference has nominated Alison Gibson of the Texas women's swimming and diving program as one of two nominees to represent the conference for 2020 NCAA Woman of the Year.