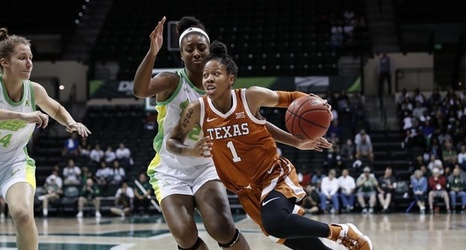 The Longhorns trailed for most of the game, but Texas mounted a fourth-quarter rally to go ahead by three with 5:45 remaining. But the Bulls closed the contest on a 15-5 run. Free throw shooting decided the game, as Texas held USF without a field goal for the last 3:54, and the Bulls allowed the last UT points from the floor at 4:18.