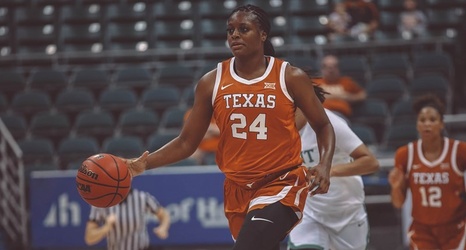 HONOLULU – Six straight points by Sug Sutton broke open a tie game, and Celeste Taylor's three free throws in the last half minute nailed down a 63-57 victory for the Texas Women's Basketball team over North Texas on Friday afternoon in the Rainbow Wahine Showdown at the Stan Sheriff Center.

It was Holmes' seventh consecutive double-double, one in each game this season.