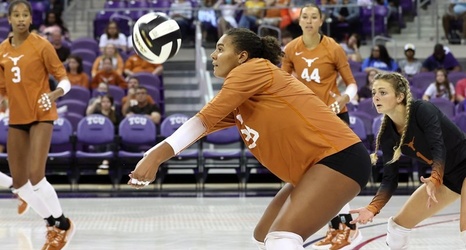 AUSTIN, Texas – Texas Volleyball's Logan Eggleston has been selected as the Preseason Big 12 Player of the Year for the second-consecutive seeason, the office announced Wednesday. Eggleston leads a total of four players named to the preseason All-Big 12 team.

Texas led the Preseason All-Big 12 team with four out of the 15 selections, including Eggleston, Asjia O'Neal, Zoe Fleck and Madisen Skinner.

Eggleston becomes the first player to repeat as Preseason Player of the Year since UT's Micaya White in 2018-19 and marks the 13th time a Longhorn has been bestowed with the honor.