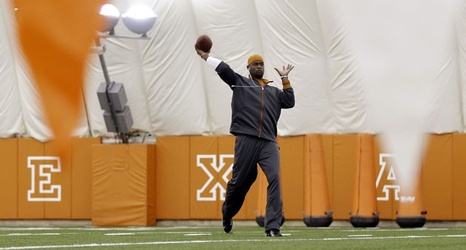 AUSTIN, Texas – The Texas volleyball team found out their post-season fate on Sunday evening as the NCAA Division I Women's Volleyball committee announced that the Longhorns had earned the No. 2 seed in the 2019 NCAA Volleyball Championship.

Texas will play the University of Albany on Thursday, Dec. 5 at 7 p.m. CT and will host the early match of UC Santa Barbra and Texas State at 4:30 p.m.

This is the Longhorns first Top Four Seed since 2016 when the Longhorns were No. 4. Texas also faced 11 of the 64 teams in the bracket at least once during the 2019 season.