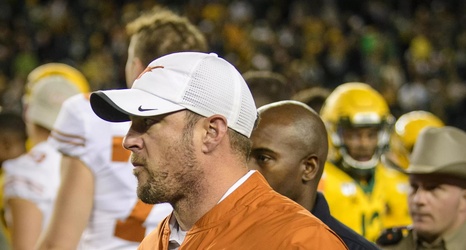 “After taking time, looking back and evaluating the season in its totality, I am very disappointed in our performance in a number of areas in 2019,” Herman said. “7-5 will never be our standard at Texas and I take full responsibility for any and all of our shortcomings and know we need to do a better job coaching across the board. With that said, I do believe the future is very bright, have decided to make some changes to our staff as we head into bowl preparation and look to finish strong in the final weeks of fall recruiting.