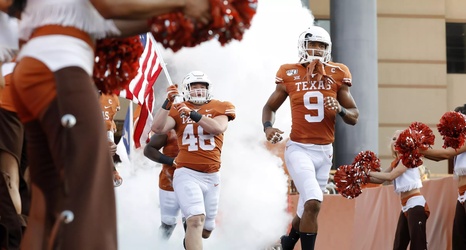 One starter sat out for the Texas Longhorns last Saturday against the Rice Owls and two more players suffered injuries during the game, but head coach Tom Herman said that all three players are probable for the Big 12 opener in Austin against the Okahoma State Cowboys on Saturday.

Senior wide receiver Collin Johnson missed the Rice game due to a hamstring issue that bothered him the week before, but he’ll return to practice on Tuesday. Johnson has seven catches for 108 yards and a touchdown in two games this season as opponents have often bracketed him in coverage or rolled coverage in his direction.