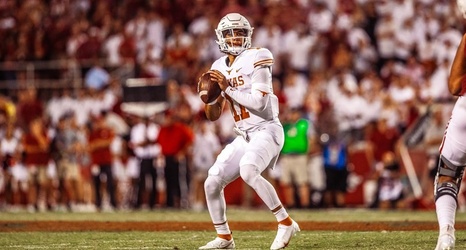 Thompson, a native of Newcastle, Okla., has completed 89-of-137 passes for 1,274 yards and 15 touchdowns this season. The junior's 171.9 passing efficiency rating is eighth-best nationally, and he also ranks 11th in yards per pass attempt (9.30) and 13th in passing yards per completion (14.