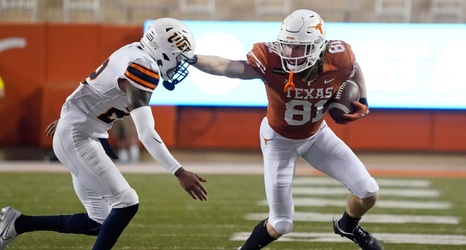 Following a bye week, the Texas Longhorns released the depth chart for Saturday’s Big 12 opener against the Texas Tech Red Raiders in Lubbock.

As usual, the depth chart remains largely static once the season begins and doesn’t necessarily reflect who will take the field with the first team against Texas Tech — sophomore running back Roschon Johnson took the first snap in the season opener even though he was listed on the depth chart as the backup to junior Keaontay Ingram.

The depth chart features a few notable changes, including the addition of freshman JaQuinden Jackson as the fourth-string quarterback.