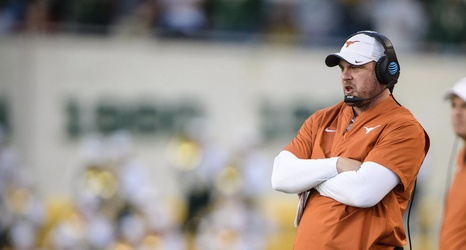 On Sunday, the Texas Longhorns received an invitation to the 2019 Valero Alamo Bowl to face off against the No. 12 Utah Utes, so the school released statements from head coach Tom Herman and two team leaders, senior defensive end Malcolm Roach and junior quarterback Sam Ehlinger.

Herman expressed his excitement about landing the game in San Antonio, the first bowl to select a Big 12 team after Oklahoma landed in the College Football Playoffs and Baylor filled the guaranteed spot in the Sugar Bowl. In fact, just going by the standings, Texas could have dropped all the way to the Texas Bowl or the Liberty Bowl after finishing in a four-way tie for third place in the conference standings.