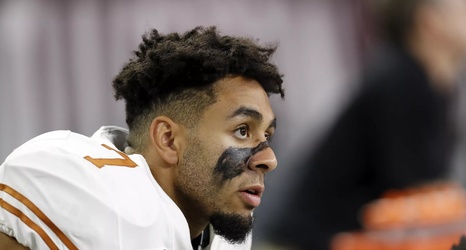 Multiple Texas Longhorns players needed MRIs for injuries suffered in the victory over the Oklahoma State Cowboys on Saturday evening in Austin and on Monday, the school released the results.

Sophomore safety Caden Sterns suffered a knee ligament sprain when he landed awkwardly while helping sophomore cornerback Kobe Boyce break up a pass and is expected to miss four weeks, so his anticipated return is for the Kansas game on Oct. 19. Sterns leads the Horns with 29 tackles after four games, including one tackle for loss, but hasn’t made as many plays in the passing game — through the first four games last season, he had three interceptions, including two against TCU.