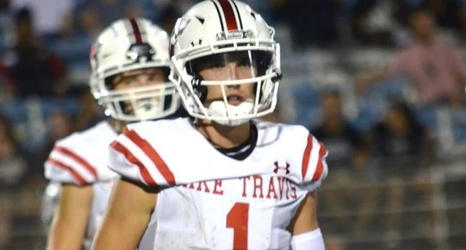 The longtime Longhorns pledge completed 20-of-31 passes for 224 yards and three touchdowns in the 26-25 victory that snapped a two-game losing streak in the rivalry game dubbed The Battle of the Lakes.

“It’s okay,” Card said, according to the Austin-American Statesman.