Official Site of the Longhorns | September 2, 2022 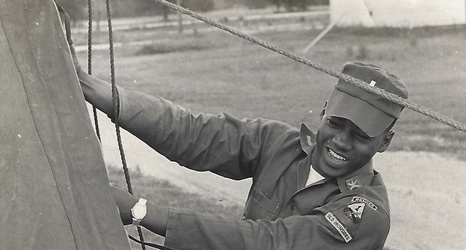 The retired Army Colonel will be honored when Texas Football hosts ULM on Sept. 3

Solutions intrigue Keith Maxie. He enjoys determining their reliability and efficiency, as well as designing the protocols necessary for implementation. The study of mathematics provided Maxie paths for problem solving in high school and as an undergraduate student at The University of Texas, but Maxie's service in the United States Army best revealed his potential and exposed his aptitude for transforming situations and people for success.

"My belief is that there are very few people who do not have capacity to succeed academically or in whatever field.