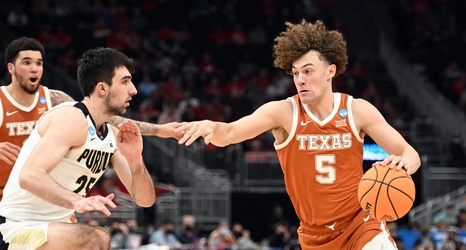 A little more than a year after committing to the Texas Longhorns after one season with the Kentucky Wildcats, rising junior guard Devin Askew entered the NCAA transfer portal on Tuesday.

A 6’3, 195-pounder, Askew was originally a member of the 2022 recruiting class before reclassifying and starting in 20 of his 25 games at Kentucky during the 2020-21 season, averaging 6.5 points and 2.6 rebounds in 28.9 minutes per game while finishing second on the team in assists with 73.

Askew decided to depart Lexington after that season, during which he was forced into a larger role than anticipated, committing to Texas on April 13, becoming the first transfer to pledge to head coach Chris Beard and his staff less than two weeks after Beard returned to the Forty Acres.