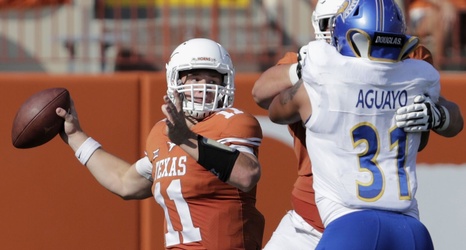 According to an announcement from the university on Feb. 13, the Texas football program has officially rounded out its 2025 regular season schedule by adding the San Jose State Spartans. Texas has now completed each of their non-conference slates up through the 2026 season.

The only time that these two programs met up on the gridiron came in 2017, when the Texas Longhorns football program knocked off San Jose State by the final score of 56-0. That win over San Jose State came at home for the Longhorns at Darrell K. Royal-Texas Memorial Stadium.