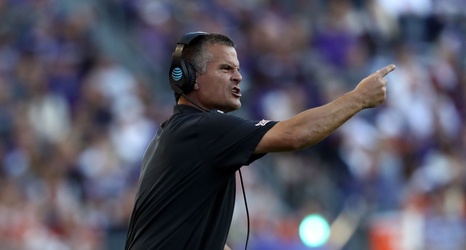 The coaching carousel is churning full steam this time of year, and the latest news cycle brought the Texas football program into the mix. Head Texas football coach Tom Herman and his program apparently made the final decision to let go of third-year defensive coordinator Todd Orlando.

The Texas Longhorns football program had one of the worst defenses in the Big 12 this season. Poor defensive play was part of the reason that the Longhorns finished out the regular season with a record of 7-5 (5-4 Big 12). Orlando’s defense gave up nearly 450 yards per game and ranked at No.