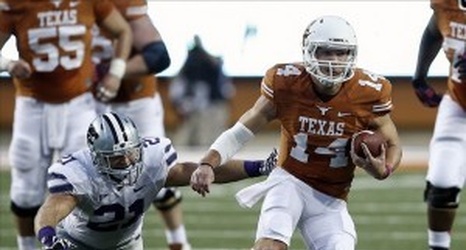 Two very prominent names relating to the Texas football program recently took their coaching talents to the NFL, in the same landing spot with the Carolina Panthers in the NFC South. Former Baylor Bears head coach Matt Rhule will be in the same position with the Panthers this year. And former LSU Tigers Broyles Award winner and passing game coordinator Joe Brady will also join the Panthers coaching staff under Rhule’s direction.

The Texas Longhorns football program had Brady as one of their two most coveted candidates during their initial offensive coordinator search. But head coach Ed Orgeron managed to retain Brady through that initial waive of interest from other suitors.