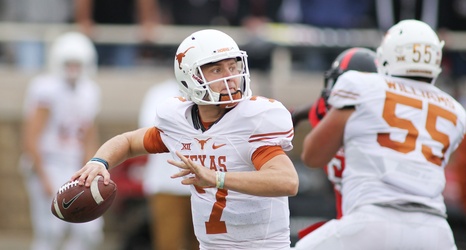 So much was happening at one time for the Texas football program, and the Big 12 as a whole, back with all of the conference realignments in the late 2000s and early 2010s. The Big 12 as we knew it broke apart, and sent a handful of teams to either the Big Ten or the SEC. Meanwhile, the likes of Texas and the Oklahoma Sooners stuck around in the Big 12. And the conference added the West Virginia Mountaineers and TCU Horned Frogs to the mix.

Former Texas athletic director DeLoss Dodds opened up on his memories of the conference realignment when he was running the ship for the athletic program back in the late 2000s and early 2010s in an episode of the “On Second Thought” podcast this week.