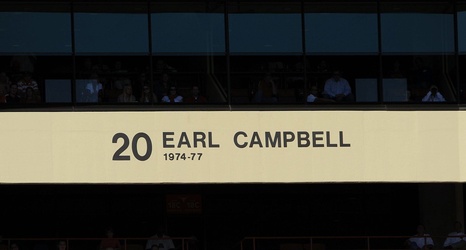 A former legendary running back and the first ever Heisman Trophy winner for the Texas football program, Pro-Football Hall-of-Fame inductee Earl Campbell, was named in the midst of a group of all-time greats this week. During the ESPN “CFB150” ceremony at halftime in the College Football Playoff National Championship Game between the LSU Tigers and Clemson Tigers, the top 11 players of all-time were unveiled.

The Texas Longhorns football program had that former legendary running back of theirs, Campbell, included among those top 11 best college football players of all-time. Campbell fell in line at No.