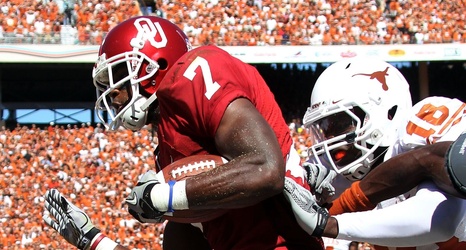 A rival of the Texas football program that often frustrated this fan base back in the day is heading back to the program he once racked up so many rushing yards at. Former Oklahoma Sooners star running back DeMarco Murray is headed back to Norman as an assistant coach after his lengthy stint in the NFL with numerous teams.

The Texas Longhorns football program saw a good portion of its coaching staff turnover entering the 2020 offseason. Oklahoma didn’t have all that much coaching turnover under head coach Lincoln Riley in the last two years, but they did have one key addition to their staff this month with Murray.