Texas Football: Can Sam Ehlinger be the next Joe Burrow? 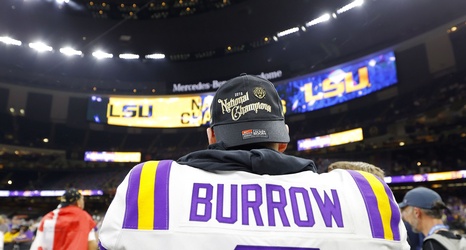 The question is going to be asked all offseason long heading into the summer of 2020. Is there going to be another breakout star that can contend for the Heisman Trophy in college football next season like LSU Tigers senior quarterback Joe Burrow did last year? Maybe the Texas football program could have that answer served up in the form of to-be senior quarterback Sam Ehlinger.

Comparing any quarterback that would come out of nowhere next season to what Burrow did in his record-breaking senior campaign with LSU is difficult. Burrow just shattered the previous single season record for passing touchdowns, previously held by Colt Brennan of the Hawaii Rainbow Warriors, with scorching hot play through the College Football Playoff.