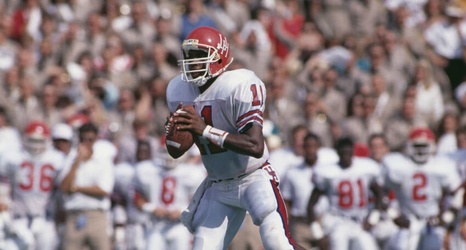 Bijan was definitely one of the bigger stars among players that were representing their various teams at Big 12 Media Days in Arlington, TX. He has the hype to be one of the best running backs in the entire country, which is at least partially valid given the way he rounded out last season and his five-star pedigree as a recruit.