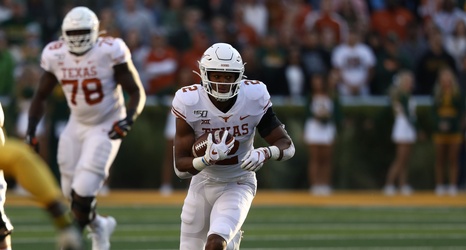 Finishing up the 2019 regular season with a mark of 7-5 (5-4 Big 12) wasn’t what the fans had in mind for the Texas football program heading into the fall. Head Texas football coach Tom Herman wrapped up his regular season is a less than ideal fashion. If Herman and his Texas team lose in their bowl game, he’ll match his win total from his first year on the Forty Acres.

Seven wins shouldn’t be the standard for this program, but down years will happen. Especially with how close to the chest Herman likes to play against his Big 12 competition, there were bound to be bounces that went against Texas this season.