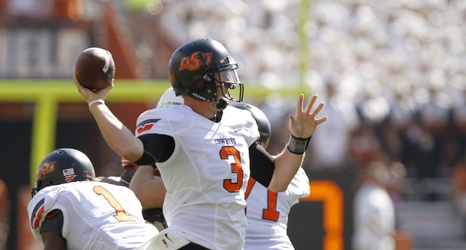 A huge looming showdown between Texas football and the undefeated and No. 6 ranked Oklahoma State Cowboys lies ahead for the mid-afternoon slate on Halloweekend in Stillwater. What would usually be an electric atmosphere for a crucial meeting between Oklahoma State and Texas on what is both Homecoming and Halloween Day will be tamped down a bit.

Fourth-year head coach Tom Herman will still need to have his team up for what will be a difficult Oklahoma State team to contend with led by longtime head coach Mike Gundy.