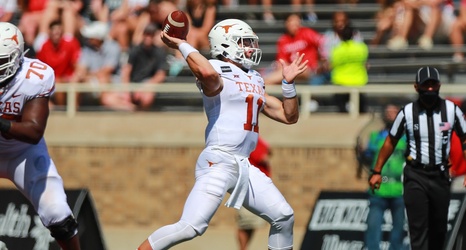 What bold predictions do we have for this weekend’s matchup in a big spot for Texas football against the Baylor Bears, also in a huge one for Tom Herman?

There’s an enormous contest on tap for fourth-year Texas football head coach Tom Herman for his team this weekend, as they take on first year head coach (and former LSU Tigers longtime defensive coordinator) Dave Aranda and the Baylor Bears at home out of the bye week. Texas really needs a win to keep this insurmountable pressure off of Herman’s shoulders as much as they can.