Texas Football: 3 best candidates to be next wide receivers coach 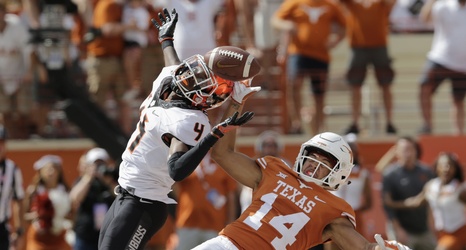 The list of coaches removed from their positions, whether it be fired or demoted, was pretty lengthy. That list included both of the Texas coordinators. Offensive coordinator Tim Beck was demoted to just the quarterbacks coach and defensive coordinator Todd Orlando was fired entirely.

Two of the pieces included in the removal of portions of his coaching staff were the co-wide receivers coaches Drew Mehringer and Corby Meekins.