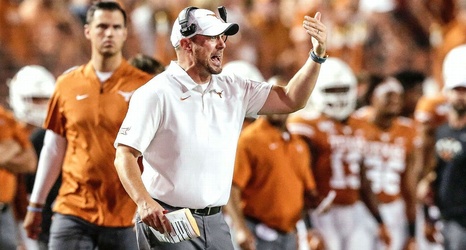 Orlando is out, along with outside receivers coach/pass game coordinator Drew Mehringer and inside receivers coach Corby Meekins. All three assistants have been with Texas for the past three seasons, and Orlando also served as Herman's defensive coordinator at Houston. While Orlando and Mehringer will no longer be with the program, Meekins will remain in an administrative role.

"These were very difficult decisions and certainly not an indictment of them as coaches," Herman said in a prepared statement.