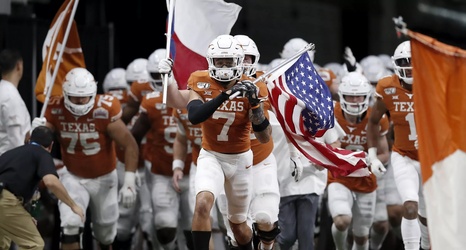 The college football season came to a close on Monday night in New Orleans, and when the final AP Top 25 dropped shortly thereafter, the Texas Longhorns were recognized as one of the nation’s top teams, finishing the 2019 campaign ranked No. 25 nationally.

Texas, which finished the season at 8-5 overall, captured the final spot in the final poll thanks in large part to back-to-back blowout victories, including an imposing 38-10 Alamo Bowl win over then-No. 11 Utah. Texas became the only Big 12 team to capture a bowl victory this season.

The Horns’ placement in the final poll marks the second time in as many seasons that Texas has finished the season ranked, as Tom Herman’s program climbed as high as No.