Texas falls to No. 15 in latest SB Nation FanPulse Top 25 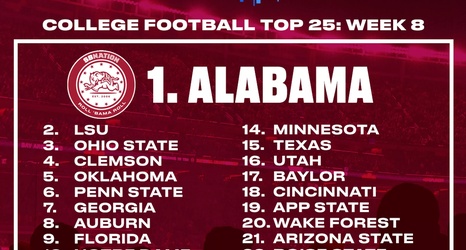 The Texas Longhorns dropped one spot to No. 15 in the SB Nation FanPulse Top 25 this week after a last-second victory over the Kansas Jayhawks in Austin last Saturday.

Minnesota leap-frogged Texas following a 42-7 victory over Rutgers this week.

The move isn’t particularly surprising following the poor performance by the Horns — Texas fan confidence has cratered in the last two weeks, falling from 94.1 percent after the victory against West Virginia to 82.8 percent last week and now to 53.4 percent.

Texas fans haven’t lost enough confidence to drop the team significantly in the rankings, however, as the Longhorns only dropped one spot to No.