Texas blows yet another double-digit lead in 31-24 loss to No. 16 Baylor 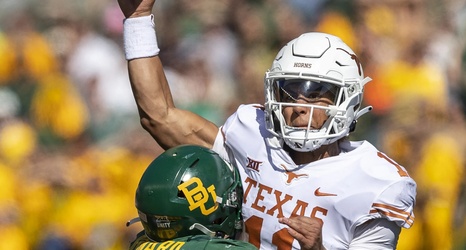 Coming off the season’s only bye week, the motivational tactic didn’t work, as the Texas Longhorns blew another double-digit lead in another crushing loss, this time at the hands of the No. 16 Baylor Bears in Waco on Saturday, 31-24.

The Longhorns went up 21-10 in the third quarter. Then they looked down. And then they fell.

Once again, Texas struggled in the final 15 minutes, allowing 14 points and 69 of the 199 rushing yards gained by Baylor in the game.