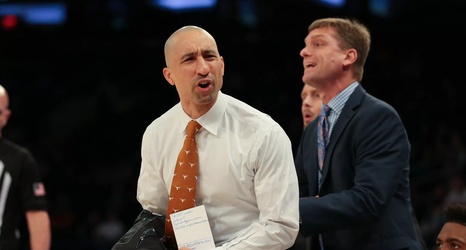 The Texas Longhorns and Texas A&M Aggies almost certainly won’t get paired for a bowl game on Sunday, but the two basketball programs will meet on the court at Dickies Arena in Fort Worth for a non-conference game.

Texas has won five out of the last six meetings between the two teams, although Texas A&M came out victorious in 2015 during the Battle for Atlantis, the last time the Aggies played the Longhorns.

During the offseason, Texas A&M hired Buzz Williams from Virginia Tech to turn the program around after going 14-18 and finishing 11th in the SEC last season under Billy Kennedy.