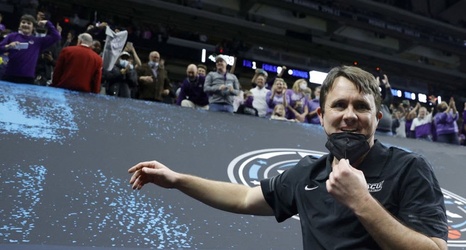 A time that a lot of Texas basketball fans want to forget arrived in March Madness this past season. Texas and former head coach Shaka Smart were rolling into the “Big Dance” with a ton of momentum coming off their Big 12 Tournament title and a solid regular season. But even a high-seed in the NCAA Tournament couldn’t salvage the disappointment of the multiple poor postseason results Smart had with the program during his time as head coach.

The three-seed Longhorns and Smart were downed in the Round of 64 in the NCAA Tournament to round out last season.