Steve Sarkisian on Texas OL recruiting: ‘We feel great about where we’re at’ 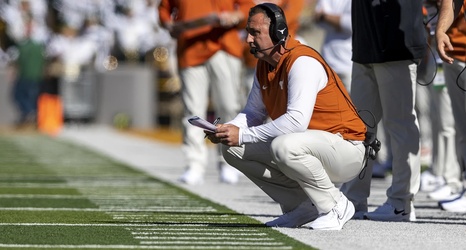 Struggles in a handful of games this season and a lack of development from players like Tyler Johnson has exposed an uncomfortable truth about the Texas Longhorns — the offensive line isn’t close to becoming a dominant unit that can consistently impact the game in positive ways.

In other words, the Longhorns are likely years away from the possibility of fielding a unit even remotely similar to the physical line that helped the Crimson Tide win the national championship under Steve Sarkisian and Kyle Flood a matter of months ago.