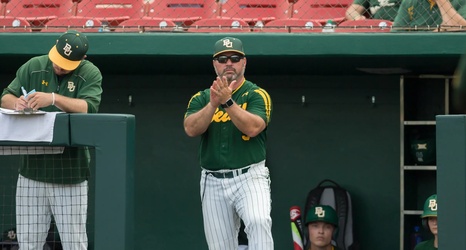 Head coach David Pierce and the Texas Longhorns are expected to add former Baylor Bears head coach Steve Rodriguez to Pierce’s staff as a hitting coach, according to multiple reports on Thursday.

Rodriguez resigned from his position at Baylor in May after seven years as the head coach in Waco following a 28-28 as the Bears missed the NCAA Tournament for the second straight year.