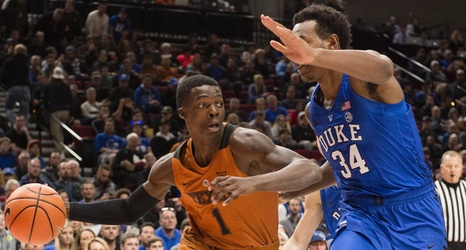 Following the reassignment of Texas offensive coordinator Tim Beck on Sunday — Beck will remain the quarterbacks coach for the bowl game — reports surfaced linking Harrell to the Texas job as a top candidate to replace Beck. Currently the offensive coordinator at USC, Harrell’s future in Los Angeles is in question because the current Trojans head coach, Clay Helton, may be on the way out.